In Phuket International Airport, the reporter recently said that the Light Rail Transit (LRT) operational party is surveying the construction site, under the new railway train route for tourism traffic plan from Phuket  – Surat Thani – Phang Nga  and back to Phuket is under the responsibility of the Mass Rapid Transit Authority of Thailand (MRTA) acting by Mr. Siriket Athirat, Secretary of the Board of Mass Transit education, the office of Transport and Traffic Policy Planning, and party to attend this surveying.

This is in the process of initially verifying real site seeing and will present the first comments to Board of EIA specialist to consider. 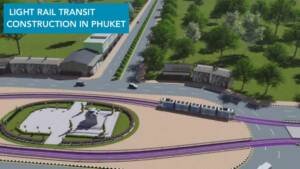 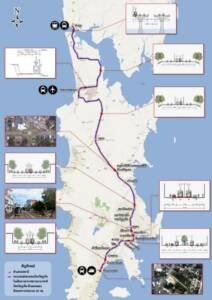