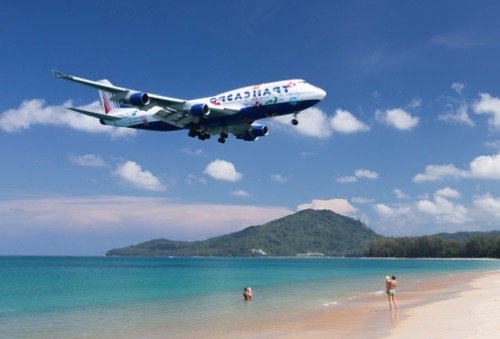 An announcement by the Airports of Thailand (AoT) about approval of a plan for a new second Greater Phuket airport has created quite a stir in the tourism sector in one of Southeast Asia’s leading resort markets.

Located just over the Sarasin Bridge in Phang Nga’s Khok Kloi area, work is reportedly set to start next year and complete by 2025.

The move is a highly logical one, given last year Phuket International Airport hosted 8.4 million passenger arrivals and we are forecasting a sharp rise this year to 9.7 million.

A broader trend of developing more regional airports versus mega projects is a global trend and one only has to look at the trio of Bangkok gateways – Suvarnabhumi, Don Mueang and U-Tapao which continue to post massive gains in airlift.

Looking at the big picture, a trio of Greater Phuket Airports – Phuket, Phang Nga and Krabi – will be able to accommodate tourism’s growing Andaman footprint and be able to move the Khao Lak market into the mainstream as airport access would drop to under an hour, door to door.

Krabi, which has quietly surpassed the over 2 million passenger arrival mark and in 2017 hosted 4.3 million total passengers, has a 6.6 billion baht budget that includes a third terminal, upgrading of the existing two terminal and an additional car park. While Phuket falls under the AoT, Krabi is administered by Thailand’s Department of Airports (formerly DCA).

As to our prediction on what will be the biggest beneficiaries from the new airport, they’d include…

Mai Khao, which sits strategically between the current Phuket International Airport and Kho Kloi and will likely start to become a newly urbanised area given its large tracts of private and government controlled land banks.

Thirdly is the increased access of Phang Nga Bay, which is witnessing a renaissance in luxury hotel offerings. Expect the area which is shared by Phuket, Phang Nga and Krabi province to be a strong part of the tourism Golden Triangle of Greater Phuket in the future.

By Bill Barnett of c9hotelworks.com