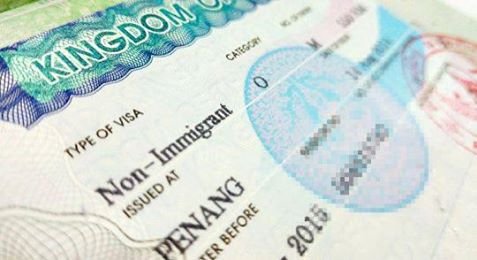 Before the summer of 2014, many foreigners in Thailand who did not qualify for a long-term visa would achieve the same by entering, exiting, and re-entering Thailand on a short-term tourist visa. Thailand’s 2014 post-coup military government ended this practice.
However, the good news is that there are other options,one of which is the “Investment Visa”. The Investment Visa provides a way for eligible foreigners to stay in Thailand without the need to leave on a regular basis and stay in Thailand on a long-term basis.
This option might also provide an alternative that does not involve the annual proof of funds required to renew a “retirement visa” for retirees over the age of 50 who meet the other requirements for that visa.
The relevant regulations for obtaining an Investment Visa under the Immigration Act are:
A) Royal Thai Police Bureau Order No. 327/2557 Regarding Criteria and Conditions for Consideration of Alien’s Application for Temporary Stay in Thailand, dated 30 June 2014, effective 29 August 2014 (the “Police Order”); and
B) Immigration Bureau Order No. 138/2557, dated 7 July 2014, and effective from 29 August 2014, issued under the Police Order.
Pursuant to the Police Order, a foreigner is eligible for a renewable Investment Visa if such a foreigner has invested in Thailand and:
1) holds a non-immigrant visa (in other words, not a tourist visa); and
2) has evidence of transferring at least B10 million into Thailand; and
3(a) has evidence – obtained from a relevant authority – showing investment in a legally defined condominium unit (either freehold or a three-year or more leasehold) at a purchase price or a rent of at least B10 million; or
3(b) has at least B10 million in a fixed-deposit account at a Thai bank whose share capital is majority Thai owned; or
3(c) has purchased and owns Thai government or Thai state enterprise bonds worth at least B10 million.
Interestingly the different investment options outlined above can be combined. Therefore it is, for example, possible to qualify for the Investment Visa by purchasing a condominium unit for less than B10 million and in addition deposit the balance of B10 million to a fixed-deposit account at a qualified Thai bank.
The main criterion to be eligible for an Investment Visa is that the total combined investment is at least B10 million.
Once all the criteria for the Investment Visa are satisfied, it can be renewed annually as long as a qualifying B10 million investment is maintained.
Another significant benefit to note is that it provides longterm stay in Thailand not only for the investing party, but also for family members of the investor, such as parents, spouse, child(ren), adopted child(ren), spouse’s child(ren).
Such family members of the Investment Visa holder must:
1) be granted a Non-Immigrant visa;
2) have proof of the family relationship;
3) in case of a spouse, the spouses must be both legally married and co-habitating; and
4) in case of a child, an adopted child, or a spouse’s child, he or she must not be married, must live with the Investment Visa holder as family, and must not be older than 20 years of age unless
he or she is ill or disabled and cannot live without the support of a father or mother.
It should be noted that an Investment Visa does not absolve its holder nor family member of visa holders of the same 90-day reporting rule applicable to most other long-term Thai visas. And, very importantly,the Investment Visa alone does not entitle the holder or his or her family work in Thailand – they still must obtain a work permit in addition to the visa. It should be noted that the definition of “working” is very broad. It is defined as “engaging in work by exerting energy or using knowledge whether or not in consideration of wages or other benefit”.
Published by The Phuket News on September 20, 2015
previousUltra Villa Estate Avadina Hills Hits Market
nextPhuket’s B15bn luxury MontAzure project teams up with Twinpalms