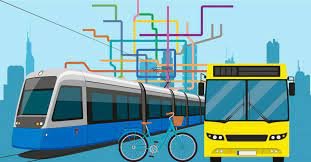 The Mass Rapid Transit Authority (MRTA) will hold a public hearing before deciding whether to opt for trams or automated rapid transit (ART) buses in Phuket, says the Transport Ministry.

Transport Minister Saksayam Chidchob on Tuesday said feedback from government agencies and the private sector in Phuket on the pros and cons of both the steel-wheeled tram system and the rubber-wheeled ART system will be considered.

The project will also form part of the island’s bid to stage the World Specialised Expo 2028.

Both government agencies and related private stakeholders prefer the rubber-wheeled ART system which would be cheaper to operate and require less time to build. The ART system will run on dedicated roads reserved for its carriages with a barrier system erected for safety.

The light rail project, on the other hand, would need an estimated 33 billion baht, with overpasses constructed at intersections, Mr Saksayam said.

The lower building cost of 17 billion baht for the ART system would make fares more affordable, the minister said.

Mr Saksayam said the MRTA has been instructed to survey the island and hold a public hearing from June 15-21 to gauge the views of residents.

They will also be given projections of the respective fares.

If the people want affordable fares, the ART system may be a better option, Mr Saksayam said.

Work will begin right after the hearing is concluded, he added.

The first phase will run from Phuket International Airport to Chatchai pier via Chalong Intersection.

This will help transport participants to and from the expo should the island’s bid for the showcase event prove a success.

A total of 21 stations will be constructed along the 42-kilometre, first-phase stretch.

In the future, a 16.5km extension is planned to connect Tha Noon and Muang Mai with three stations.

We are pleased to announce that after 12 years of running as an independent local agency, REAL Phuket has been acquired by Bangkok-based proptech startup PropertyScout.  PropertyScout was founded in 2020, it is venture-funded and...
Read more
Translate »