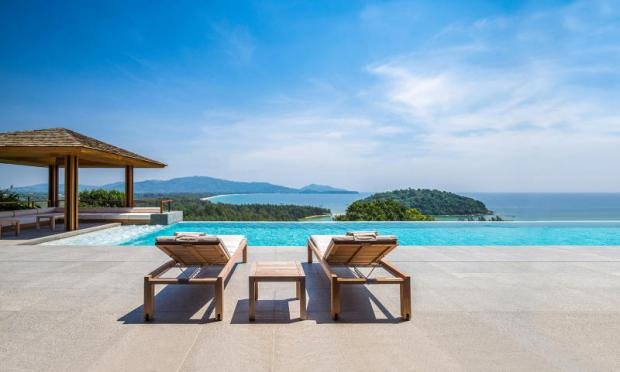 Condos, villas and resorts are getting a fresh look from investors.

Phuket’s villa and resort condominium market is expected to stay active, with demand strengthened by investment buyers and tourism, while city condo sales will remain sluggish with a large existing supply.

“Pool villas in the Thai contemporary style were the top sellers, as target buyers were mainly European,” he said. “The villa market was healthy from last year to the first quarter of this year because new supply was limited after 2016.”

The villa market saw strong sales in Layan Beach, Bang Tao Beach and Surin Beach — all on the west of the island — as they are near Laguna Phuket and close to some new high-end developments on Kamala Beach, south of Surin Beach.

Mr Phattarachai said 60% of buyers in this segment were European and Russian and the remaining 40% were Asians from Singapore, Hong Kong, China, Japan and South Korea.

Sales were also good in the luxury segment, with Westerners making up 95% of buyers. The most expensive property sold last year cost 1.6 billion baht at Sri Panwa Phuket.

“The mid-priced villa market will continue to be healthy in the second half of this year, as many developers are looking for plots to develop new projects, mainly in Surin Beach and Kamala Beach,” Mr Phattarachai said.

Driven by the tourism market, condos located near Surin and Kamala beaches, priced at 80,000-140,000 baht and offering a guaranteed return of 7% for three years, saw strong sales.

Some newly launched condos with 70% of units sold have bought units back from buyers and revamped the projects into hotels as the tourism market booms and hotels grow more attractive for project owners, he said.

The most sales were in the entry-level segment, with units priced below 15 million baht.

Sales were concentrated in investment-oriented or income-generating products for both villas and resort condos. Most of these projects offered some form of rental scheme, with promised yields of 5-7% for 2-5 years.

“Most Chinese and Russian buyers are looking for investment products in the lower-end market or units priced below 35 million baht per villa with rental returns, while Europeans are mainly looking for a vacation home,” Ms Prakaipeth said. “The Phuket residential market has shifted more towards income-generating properties, rather than vacation homes.”

Since there were many new developments launched around the same time, and as the majority of these properties were not purchased for residential purposes, developers tried to attract buyers by offering rental schemes with yields in order to convince buyers that the properties were worth the price.

“We remain confident that there is still interest in the luxury sector, with two villas at Layan Residences by Anantara and one in Avadina Hills by Anantara sold at prices ranging from 300 million to 500 million baht a unit in 2017,” she said. “Buyers were Thai and Japanese.”

In 2018, growth in tourist arrivals will continue to be a key driver of demand in the Phuket market, both for residential sales and hotels.

CBRE expects investors in the lower-end segment to continue to dominate the residential sales market.

There is an opportunity for higher-end products, with the challenge being for developers to come up with products that meet buyers’ needs, the consultancy said.

For condos, the most sales last year were in the entry-level segment — units priced under 8 million baht — because of their affordability, with most of them offering some sort of rental scheme to buyers.

The top three condo buyers were Thais, Chinese and Russians.

There were five new condo projects launched last year, with 240 units, all of them offering rental schemes. Others offered some form of rental guarantee. The sales rate was 35% on average.

The market for resort property for sale will continue to be dominated by investors in the lower-end segment in 2018 as slightly improved demand is backed by strong tourism, CBRE said.

There is an opportunity for higher-priced products, but developers must cater to buyers’ desires. Villa sales improved by 20% in 2017, but condo sales were subdued because of limited launches.

CBRE believes that growth in tourist arrivals will also continue as a key driver of demand in both the residential market and hotel market, a trend indicated by Phuket having its fourth straight year of record tourist numbers at 8.4 million in 2017, according to the Tourism Authority of Thailand.

The surge was driven by a 20% rise in Mainland Chinese travellers to the island and 11.2% more passenger arrivals during the low season compared with 2016.

Air traffic was a key catalyst as market-wide hotel performance continued to see an uptick in occupancy at 77%.

With an average of 641,863 passenger arrivals a month in 2017 during the low season (versus 759,703 in the high season), the island is becoming a year-round destination.

Market-wide annual occupancy rose as 54% of Chinese and 55% of Australians chose to visit Phuket during the May-October low season.